New Visions in Architecture: In Conversation with Chad Oppenheim and Zahid Sardar 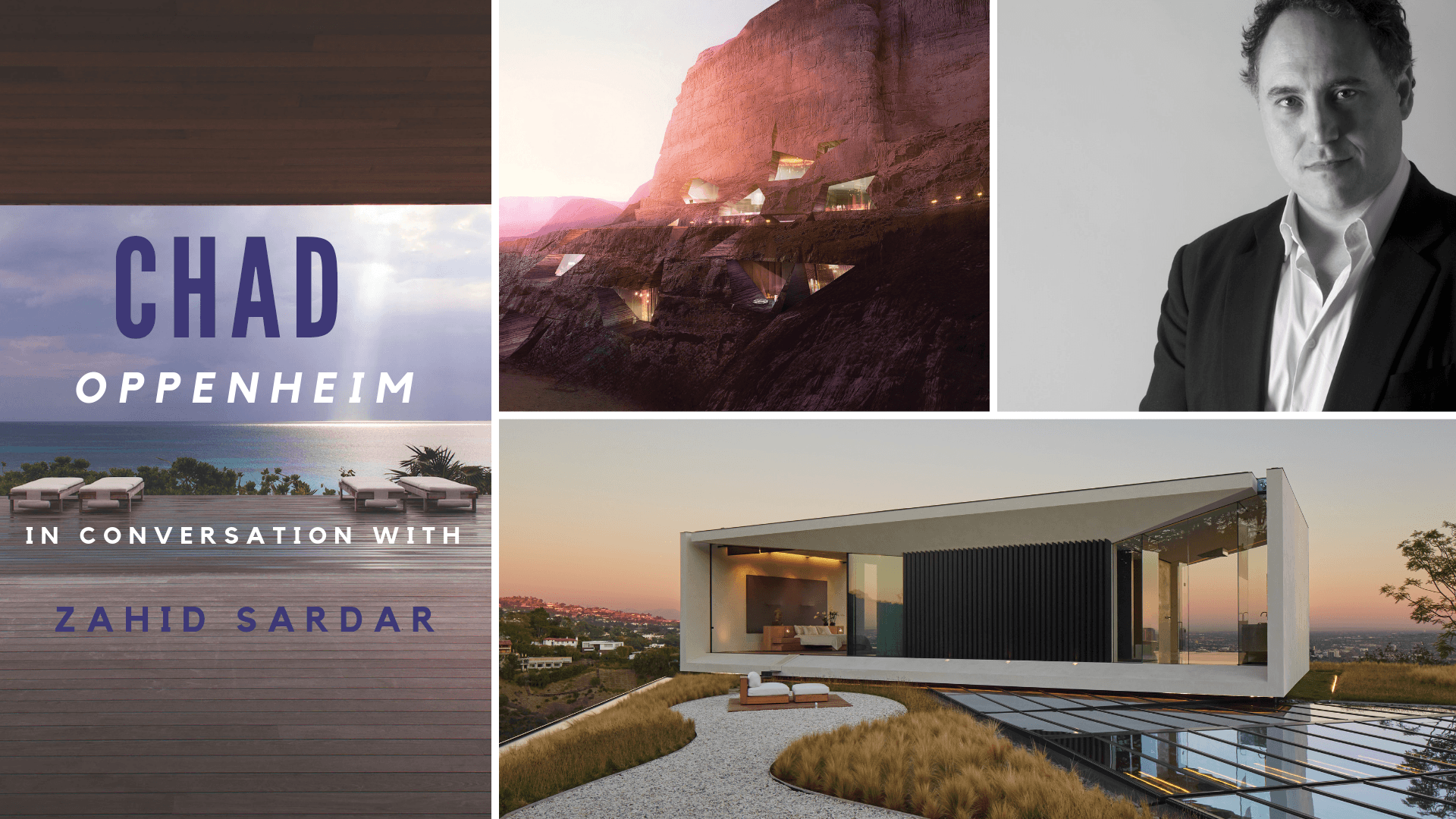 In partnership with LuxeSF (formerly the Luxury Marketing Council) and AIASF and the Center for Architecture + Design, join world-renowned award-winning architect Chad Oppenheim in conversation with San Francisco Chronicle Design Editor, Zahid Sardar about Oppenheim‘s new book, Spirit of Place (Tra Publishing). Oppenheim’s work celebrates the natural world and attempts to realign and reconnect us to the world around us. In this intimate discussion, the author will cover his philosophy around building with the earth and transforming the prosaic into the poetic – eliciting a site’s inherent power through passion and sensitivity towards man and nature. Please join us for a very special look into the mind of an architectural visionary.

Chad Oppenheim is the founder of Oppenheim Architecture in Miami. He is a recipient of over 70 firm distinctions, including over 45 AIA Award and a winner of the Cooper Hewitt 2018 National Design Award. He designs homes for notable artists and film professionals including Producer-Director Michael Bay and musician and producer, Pharrell Williams.

Oppenheim is an internationally recognized architect whose work encompasses all realms of design, ranging from large-scale urban architecture, hotels and resorts, luxury homes to interiors and furnishings.

His award-winning work has been published internationally in over 1,000 publications including The New York Times, Architectural Digest, Design Milk, ELLE Décor, Modern Luxury, Surface, Dezeen, and Architectural Record to name a few.