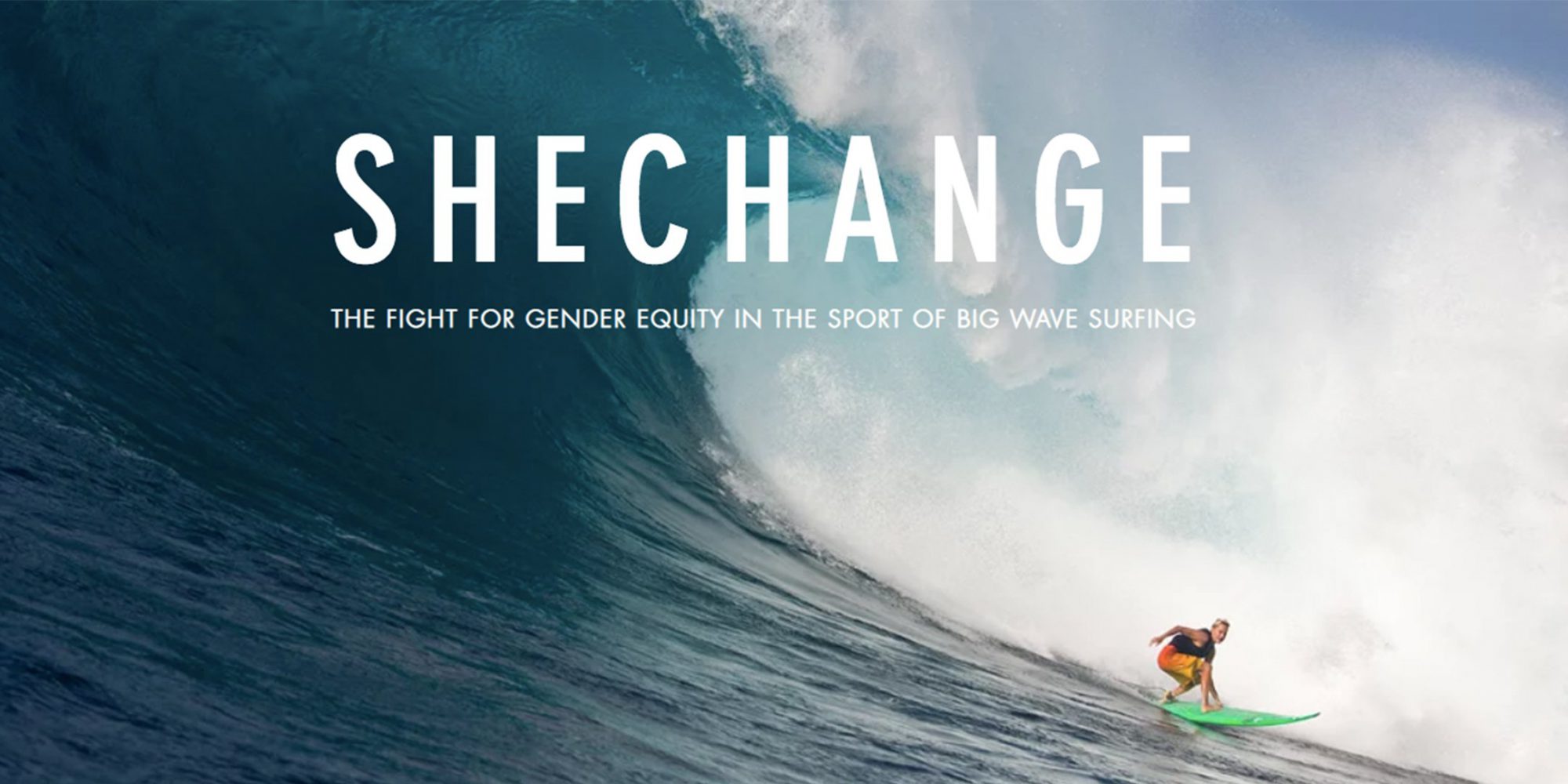 Join local surf celebrity and Big Wave World Champion Bianca Valenti, California Coastal Commissioner Mark Vargas, and tech CEO Nico Sell, whose company Wickr sponsored the first ever invitational event for women at Mavericks, in conversation with documentary filmmaker and big wave water photographer Sachi Cunningham for a panel discussion and screening of the trailer for SheChange, a documentary about the best female big wave surfers on the planet as they fight for equity in the sport.

In an effort to help the filmmaking team reach their fundraising goal, attendants will have a chance to bid for an exclusive seat on a boat to watch the Mavericks big wave competition in Half Moon Bay, which will host its first ever heats for women this fall/winter season.

Drinks and light bites will be served.

Can’t make it to the event but want to support SheChange?